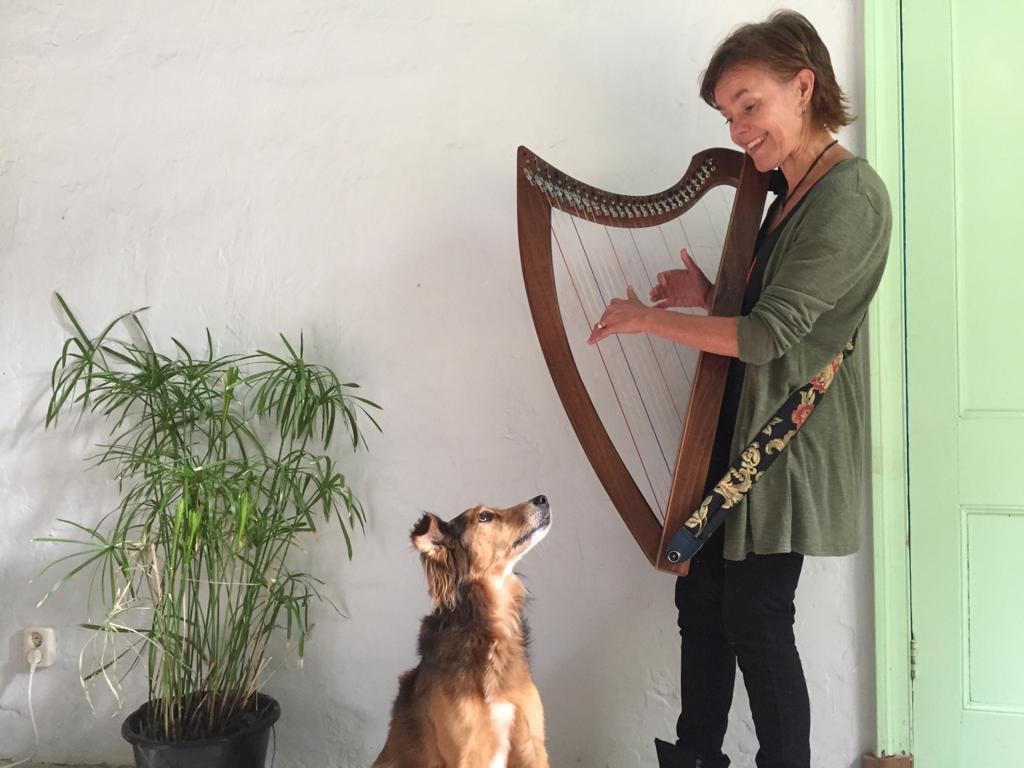 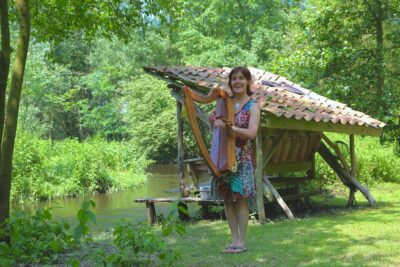 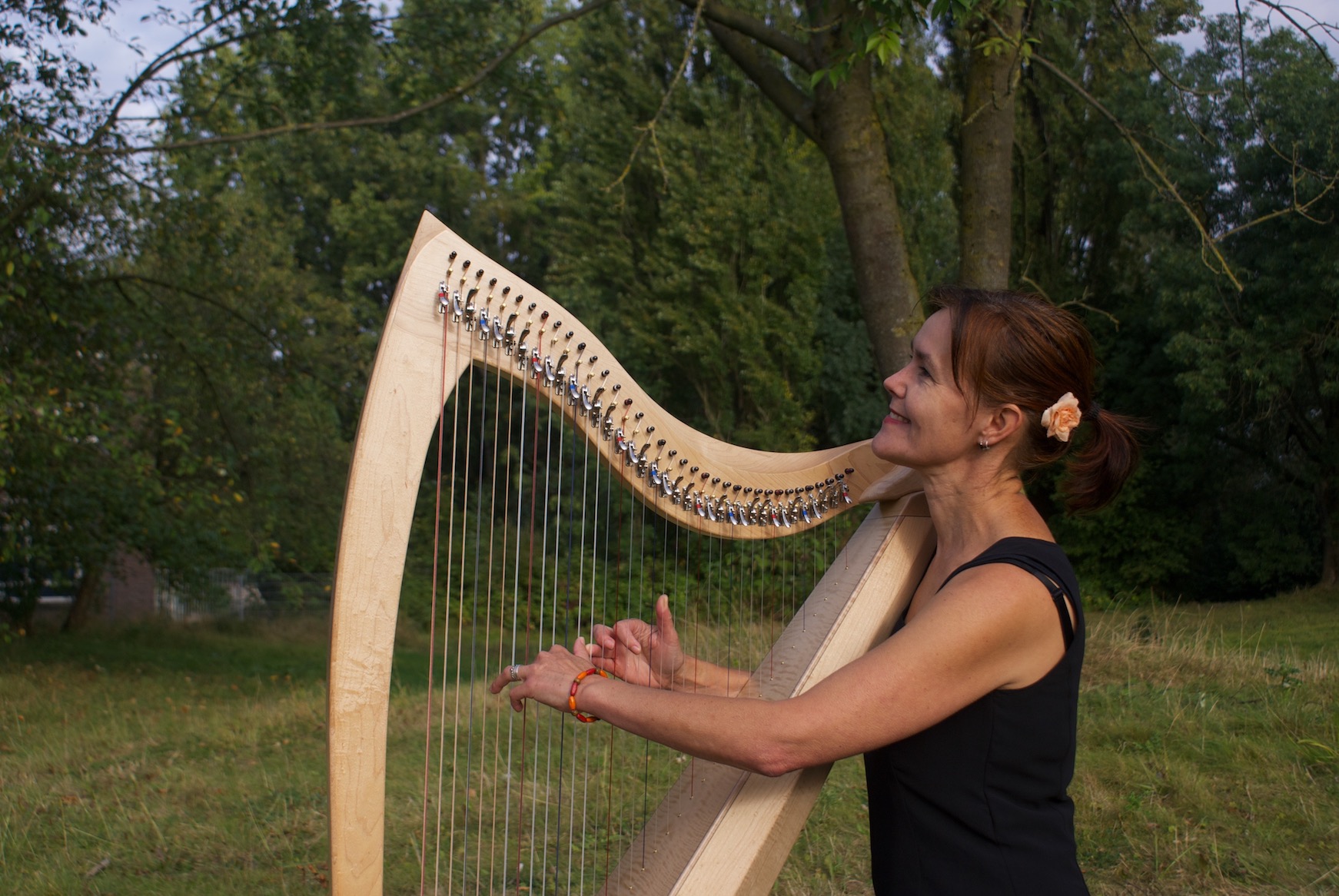 Lies started playing the harp when she was 10 years old, at the local music academy. She continued her classical studies with Manja Smits and Stefica Suzeck. But her hearth was most happy when playing off stage, in the streets, at parties, solo or ensemble, establishing connection through music and share deep joy and wonder.

Socially engaged and culturally interested, she graduated as social anthropologist and worked in adult education programs in Honduras in the nineties. After that she moved to New York where she worked as international network coordinator at Unifem, promoting women’s traditional knowledge and technologies. She performed with her harp-flute duo at UN events, bringing protest songs against poverty and oppression to world leaders.

Then she moved back to Honduras and coordinated the non-profit organization Arte Accion, which facilitated arts projects for vulnerable youth and children. Meanwhile, she performed and toured with her Latin folk music ensemble in Honduras, Central America, Mexico and Venezuela.

After returning to the Netherlands, she started working as cultural manager and enrolled with IHTP, graduating in 2016 in Heythuysen. Since then, she is fully dedicated to therapeutic harp music, combining her skills in teaching, playing, sharing, networking.

Lies is working as freelance CHTP in elderly homes, at Intensive Care Units and with yoga studios. She also plays meditative concerts, solo and duo.